Just added to your basket

The History of Silk: The Story of the Luxurious Fabric

Silk has long remained a treasure in history. Its invention made a profound difference as the demand for silk created the 'Silk Road' which transformed trade across Europe and Asia and its impact was significant around the world.

If you've wondered how, when and where silk production was first discovered and how the trade of silk began? Read on.

Where was silk invented?

Silk was originally discovered back in 2696 BC by an Empress from the East by Hsi-Ling-Shih (also known as Leizu or Xi Ling-shi).

One day Empress Hsi Ling Shih was enjoying a cup of tea, beneath the Mulberry tree when a cocoon fell into her cup. As the cocoon began to unravel itself, the Empress admired the beauty of the shimmering threads glistening into the light. She was fascinated to see the cocoon was made of a single long translucent thread and her curiosity led to the invention of the first weave of silk cloth and sericulture. In history books, she has been described as the 'Goddess of Silk' or the 'Silkworm Mother'.

Her husband, the Chinese Emperor was known as the Yellow Emperor, created the first silk loom, with it the first silk cloth and began the process of silk-making. Over 4700 years later, the art of sericulture continues to thrive.

Silk is a textile first derived from a cocoon from the Silkworm. As weaving techniques improved, the reputation of Chinese silk became very desirable across empires of the past. It was the biggest export for much of the Chinese period of the past and a key component of the great trade corridor, the Silk Road, which ties East Asia to Europe, India and the continent.

Not only used in fashion, silk is also commonly utilised as an alternative to paper for writers and artists. Silk paintings, silk garments, and silk sheets became a fast appreciating commodity.

The first uses of silk cloth

The silk became an important status symbol shortly after its discovery. It requires lots of work, so silk is therefore cherished. At first, the Emperor only wished to wear clothing made from silk. Initially, silk remained the exclusive product of emperors of China, and their close family members, as well as prominent people in their ranks. Many older sources write about how the emperor wore white silk in his imperial palace and yellow silk at night. Several women who are heirs to the Emperor have worn yellow silk outside the palace.

However, this rule was eventually relaxed under the Qiang Dynasty hundreds of years after silk's initial discovery. After the Qing Dynasty, everyone had access to silk clothing. However, in reality, it would appear that people from low classes would wear cotton as relatively silk was expensive. Silk had a very rich value in ancient Asia. Within clothing, the colour of silk worn also held social importance, and formed an important guide of social class during the Tang dynasty.

During the Han dynasty, silk became an economic asset. Some documents from this period tell us about farmers paying their taxes on grains and silk. When taxes on silk had been refunded, the state would pay the payments in silk and the city employees would receive stipends in silk, for example. The costs can be measured using lengths of silk and weights in monetary terms similar to those of most other societies using weights of gold or silver.

The use of silk spreads

Gradually the limits imposed in China on the wearing and displaying of silk became disappearing, and more people who were able to pay the cost of the material could see silk clothing often with embroidered silk and decoration. In China, silk became increasingly popular. Silk has been used in all manner of uses, from fishing lines to bowstring instruments to silk banners. Earlier, the document was printed in linen. Chinese paper makers developed new techniques for the creation of inexpensive but still luxurious papers that combines silk rags with natural fibre to produce paper. 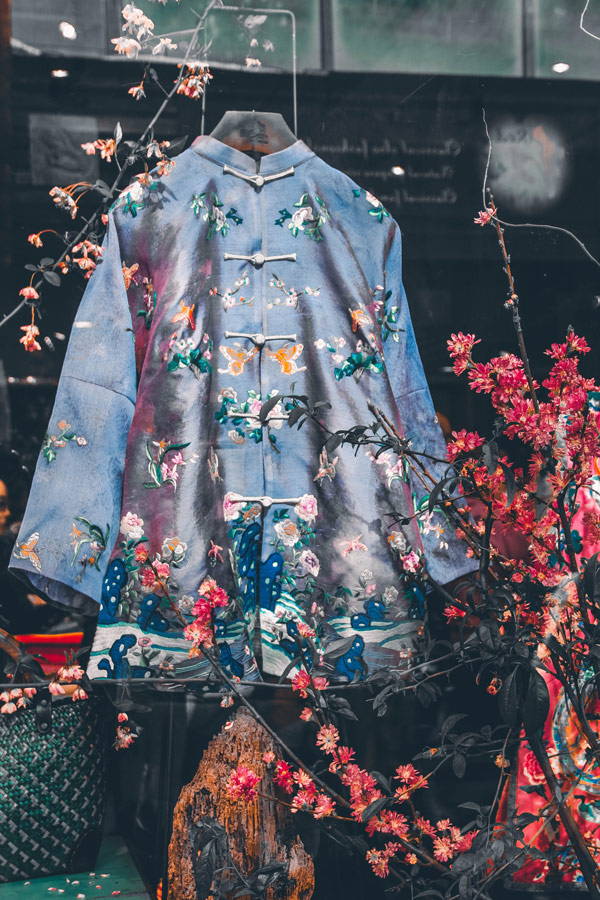 Sericulture has long been known in ancient China. The earliest Silk discovered in China date to around 3630 BC, meaning they are from the Chinese Neolithic period. Silk was found throughout Henan Province which is widely considered the birthplace of the Chinese civilization. Other examples of very old silk in China are silk strands, braided silk chains, and woven fabrics dating around 2575 BC. They came out of excavation at the Liangzhu Culture site Qianshanyang Zhishing. Liangzhou was the last lithic jade culture from the Yintze River Delta.

Silk cultivation involves making raw silk, silk fibres, and silk threads and the quality of silk differs around the world. Today there are several grades of silk, however, the best silk is Grade 6A Mulberry Silk. This silk production involves the extraction of silk threads from cocoons where the silkworms are feeding off Mulberry leaves. Thousands of Mulberry trees are planted for large-scale silk production making it environmentally friendly. Studies show that silk production emits 814 times less carbon than cotton production.

Silk fabrics are also biodegradable and the silk-making process is free from pesticides, herbicides, fungicides and other harsh chemicals.

The video below explains the silkworm cultivation right from the silk moths such as Bombyx Mori feeding on Mulberry trees to the silk cocoon to the production of the silk thread and silk weaving.

How silk spreads to the world

China's silk had remained a beauty which hasn't gone unnoticed by other nations. From the Queen Cleopatra of Egypt to the Roman Emperor Heliogabalus, silk was the most desirable fabric and with this Chinese silk, exports flourished. For instance, silk has been found in an ancient Egyptian mummy in the village of Deir el-Medina; a mummy dated to 1070 BC. While many nations hadn't learned how to make silk fabric yet they have found silks at various ancient burial sites confirming China's economic boom exporting silk. This civilisation consists of Egypt, Persia, India and the Greek and Roman empires. China traded with other foreign countries before creating the Silk Road in 130 B.C.

The silk legend is a fascinating story involving a silkworm, a Chinese princess, Mulberry leaves international trade along the silk road and the European silk industry.

The silk road was established by the Han Dynasty in China in 130 BC to trade with the Middle East and Europe. Known as the Silk Route, it is named for a booming silk industry that operates along its longitude. It was this trading that gave people living far from the silk industry the ability to wear silk. It was a route that remained operational for more than 15 centuries until the Ottoman Empire shut the silk road down in 1453 A.D. (by which time many cultures had their silk industry, including Medieval Europe that had begun producing silk).

The monopoly begins to falter

The Chinese authorities tried hard to keep everything about silk making a secret to protect their monopoly, with stringent repercussions of treason, but like most secrets eventually, information began to leak.

The leak of silk weaving and making process had spread to Korea via Chinese immigrants circa 200 BC and with that Korea started to manufacture silk.

Although it is ambiguous how silk first reached Japan around the 4th century AD via the Korean peninsula, its cultivation spread in Japan. Some sources claim that it was brought there by four Chinese girls, whilst others believe that a Chinese man came to the country carrying with him a cluster of silkworm cocoons.

The fabric became exceedingly popular in Japan and was used for a variety of purposes from kimonos to book bindings for calligraphy, from samurai inflatable cloaks to wall hangings, etc. Silk was widely recognised as a high-quality fabric and the Japanese came up with their types of silk namely -Nishijin Ori, Chirimen and Tsumugi. Today the quality of silk is measured by the term 'momme' which is a Japanese word for weight.

A Buddhist monk is credited with bringing the Chinese techniques of silk-reeling to India during the Gupta period (AD 400-600). It is presumed that he brought the eggs of the Bombyx mori silkworm and brought silk production to India.

Silk-making was established in Persia(Iran) in the sixth century. Over time Iranian weavers began developing their creative patterns and started exporting high-quality silk to foreign countries. In the seventh century, the Arabs conquered Persia, capturing the magnificent silk in the process.

In 550AD two monks from Nestorian churches came to Emperor Justinian's court in Byzantine. Inside these hollow bamboo staves, they had smuggled silk-filled eggs along the silk road that they presented to the Byzantine emperor. The eggs were raised by the monastery as larva, these larvae grew into silk cocoons and became adult moths which evolved as the relatives of Byzantine silk-moth ancestors. Byzantine churches and states took silk production seriously and started empire silk manufacturing plants. Like most people involved they too wanted to hide the sociocultural secrets to avoid competition.

As the Ottoman Empire spread through Africa, Sicily, and Spain - so did the art of sericulture.

The Roman Empire had long been using silk fabrics that were accessible via the silk road. During the Second Crusade, 2,000 skilled Silk weavers from Constantinople were brought into Italy establishing the lucrative. Europe's silk industry took until around the 1300s for their factories to be established and from then they took part in the successful silk trade.

The French history of silk began in 1466 in Lyon, when King Louis XI established the national silk industry. In the 1500s, two French merchants in Lyon were granted permission from the crown to build the silk trade and silk cultivation spread and soon after, Lyon was later granted total control over silk production.

By the 16th century, Lyon became the centre of the European silk trade with a flourishing silk market with a special focus on fashion. The silk produced by the European luxury textile industry moved away from original Eastern styles and began featuring their styles of embroidered silk landscapes.

The Era of Modern Silk

With the invention of mechanical looms, the world production of silk soared and with it came new patterned silk which was used creatively in different forms of fashion. Although silk garments were for aristocrats and royalty before, the use of silk extended into other areas with a broader user base too.

Common uses for modern silk include:

The silk industry continues to thrive because no other fabric comes close to its softness and beneficial properties. Silk stands the test of time with silk production dating back more than 4700 years and its spread along the silk road. Wondering who is the world's largest silk producer?

Although China no longer has the monopoly on silk production, it remains the largest world's raw silk producer with more than two-thirds of the market share. 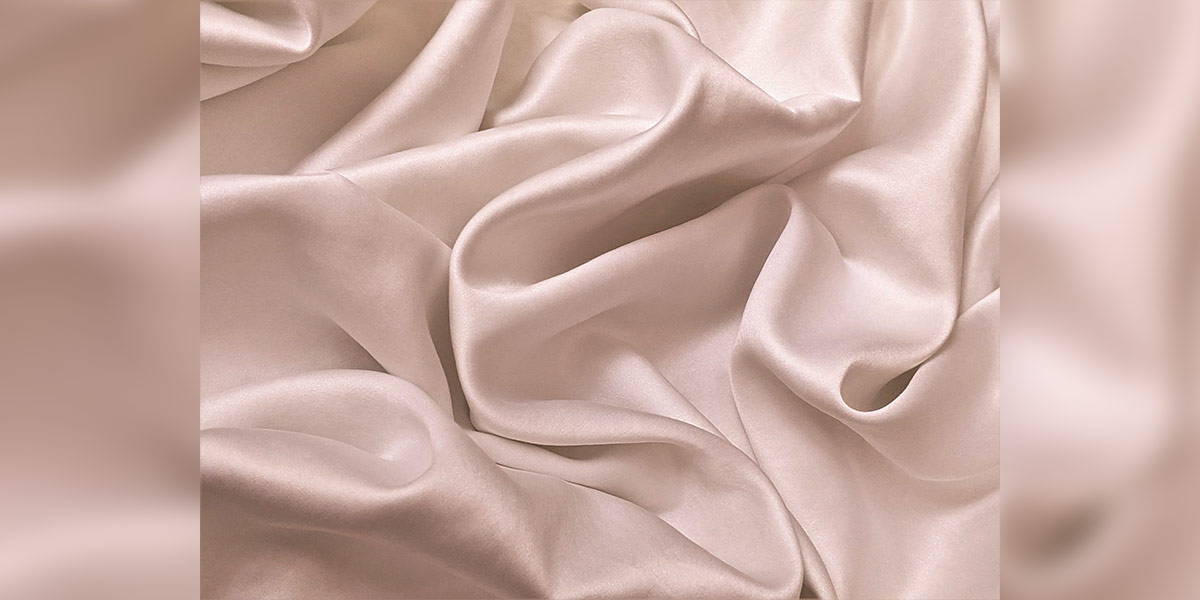 Today, silk cloth is being used during the most intimate of times including in one's bedroom. Regular use of silk can help calm the nervous system and many love the hypoallergenic, anti-ageing and thermoregulating features of sleeping in pure silk. There are multiple benefits of silk for hair, skin and overall health.

Based in the heart of London's Mayfair, Mayfairsilk is passionate and dedicated to bringing high-quality silk bedding and silk lifestyle accessories. The products are made from the finest grade 6A Mulberry silk of 22-25 momme with a unique matt finish that are OEKO-Tex Certified for purity. Having won multiple awards, with thousands of raving customers across 32 countries (ship world-wide), Mayfairsilk remains confident to bring you pleasure in the simplest of moments.

If you are curious about how silk feels against your face every night, start your very own silk journey by bringing home a silk pillowcase.